Different shades of Police in Bollywood 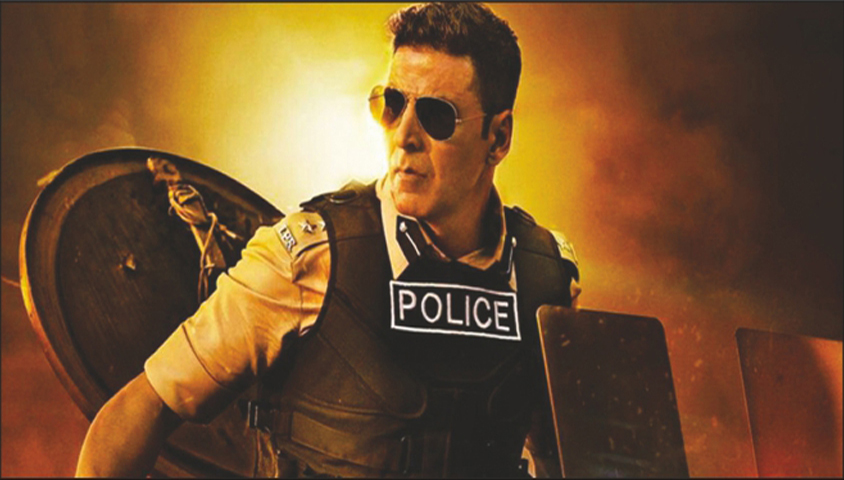 Although the police is mostly seen reaching the criminal seconds before the end of the picture, Bollywood has also presented the positive side of this force. Who can forget Thakur Sahab [ Sanjeev Kumar] of Sholay. Singham, Rowdy Rathore etc.are the films which have a strong cop in lead role.

Hindi films have played a vital role in making a public image of Police in our country. We all must have heard or spoken the dialogue " Kanoon ke haath bade lambe hote hain ". This dialogue is made popular by Hindi movies and is used by the common man also as an assurance that the guilty, how much mighty and influential he is, would be caught someday and get the punishment.

One more notion is also prevalent that the police always come after everything is over means reach only when the villain is beaten badly by the hero. There are some more dialogues which are very famous like , " tumhe charon tarf se police ne gher liya hai , apne aap ko police ke hawaale kar do ." Whatever it is, the presence of police in the Bollywood movies has been an integral part of many films.

Legends like Dilip Kumar, Amitabh Bachchan etc. have played the role of police officers in few films with a positive image. They have portrayed the characters of really honest and upright police officers which have helped in improving the impression of the police. In Zanzeer, Amitabh Bachchan played the role of a police officer Vijay With this film a new wave commenced in Bollywood. He became a symbol of courage to fight against corruption and wrongs.At that time the general public was suffering from corruption in the system and low economic growth. The common man was feeling frustrated and helpless . In such a scenario , Vijay , the honest police inspector, reflected the anger of the masses. This role of the honest, brave and angry police officer made Amitabh a superstar overnight.

Dilip Sahab's role of Rana Vishwa Pratap Singh in the film ' Karma' was again portrayal of a dedicated fearless police officer who took on a anti national terrorist organisation with the help of 3 daredevil convicts. He motivated them to fight for the country. Here again was a police officer who is courageous and ready to make any sacrifice for the society.

So, although the police is mostly seen reaching the criminal seconds before the end of the picture, Bollywood has also presented the positive side of this force. Who can forget Thakur Sahab [ Sanjeev Kumar] of Sholay. Singham, Rowdy Rathore etc.are the films which have a strong cop in lead role.

One unforgettable role of a reformist police officer was played by V Shantaram in 'Do Aankhen Baarah Haath' who laid down his life while pursuing his goal of changing the hearts of hardcore criminals. But in many pictures , the Bollywood has presented the darker side of the police also without hesitation. Actually, that is the image which general public carry in their mind about the police. They feel the police personnel are by and large corrupt and playing in the hands of politicians. Most of the people have bad experience of police. So whenever, such characters are presented in a film , people do feel that this is the real face of the police. In public, bad stories are more about the police than the good stories.

In Ardh Satya, the director Govind Nihlani presented the helplessness of an honest police officer at lower rung who is unable to fight against the nexus of senior cops, local mafia and politicians. This may be the true representation of most of the policewalas who are forced to make such compromise against their conscience . Later on , they also become the part of this system ," if you can't beat them , join them ' that is the saying.

There has been a funnier side also of this Bollywood Cops saga. Yes , you guessed it right - Angrezon Ke Zamaane ke Jailor - Asrani in Sholay. What a hilarious character he played. The dialogue became immortal so is the character. Actually , such characters help in making a friendly image of police. Amitabh Bachchan and Govinda were hilarious in their roles of policewalas in the film Bade Miyaan, Chhote Miyan.'

The Bollywood has also made movie ' Ab tak Chhappan ' inspired by the heroics of a real life cop So the Bollywood films have presented different shades of police force in their content. Apart from the big stars, some other artists are also known for playing the characters of cops in many films. Remember Jagdish Raj and instantly his image in police uniform will appear in front of your eyes. If you go by his record then he could have easily become the brand ambassador of Mumbai Police. Likewise Iftekhar and in his later stage, Chandra Shekhar were also director's choice for the role of a police officer. They played the role of a cop with authenticity and authority.

Police is the most visible government authority. It can be recognised easily by the uniform. It is in direct connection with the general public. Police people also come from the general public, so they are having good and bad both kind of people in their fold as there are in the society. Accordingly , Hindi films have also captured different shades of this force. But as the more powerful police characters are played by big stars that shows that our films wish to give positive image to the police.