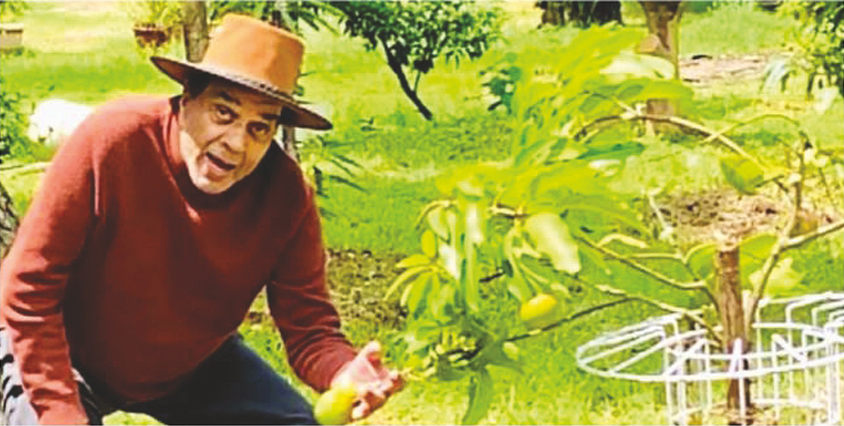 ''you can take out a man out of Punjab but you can't take out Punjab out of a man''. This is proved right to the by our very own Dharmendra.

It's said that ''you can take out a man out of Punjab but you can't take out Punjab out of a man''. This is proved right to the by our very own Dharmendra. Though he had left Punjab more than sixty years ago to pursue his dreams to shine on silver screen yet a village boy of Punjab is still alive in his heart. Dharmedra scaled new heights in stardom but his feet are deeply rooted with soil. He is truly a son of soil.

In the early days when he came to Mumbai it was his deep desire to have a roof over head. He became successful in films and built palatial bungalow but he was truly happy when he brought farmhouse. This 100 acres farmhouse is his prized possession. It's located near Lonavala. Nowadays Dharmendra prefers to stay at the farmhouse and he is really at the peace when he is on the lap of the mother nature.

As a star he had all the facilities and luxuries just a call away but it was village lifestyle that gave him utmost satisfaction. Whenever he used to go to outdoor shoot in village he never missed an opportunity to drive a tractor or to have village food sitting on khatiya spread in field. That was his way and style to remain connected with roots. His this love for village life was very helpful to him whenever he played the character with rustic appeal. . Be it Viru of ''Sholay'' or Shankar of "Chacha Bhatija'' or Raka of 'Phool Aur Patthar'' or ''Seeta Aur Geeta'' or even liquor loving Thanedaar of ''Pratigyaa'', set in a village, all these characters played by him were liked by masses as these characters were very down to earth and having honesty in them. Being a son of soil Dharmendra truly enjoyed playing them and he never had to work extra hard to portray them. Even the innocence he projected successfully in innocent and honest looking character of Satya in milestone film ''Satyakaam'' was largely due to his own village boy like innocence. It can be said that Dharmendra's love for village also helped him to play many roles perfectly.

Following the success in films Dharmendra also received many names. Mostly given by the media. Garam Dharam, He Man, Yamla Jatt, and many other names and titles were given to him but at the end of the day the name ''son of soil'' he likes and respects the most. He loves to be known with this name.

After acting now farming has become his pride profession. He spends his days in the fields and also applying new techniques to grow more crops. What's more . He shoots the videos and upload them too. He is taking care of all his laborers and their children also.At his farm he grows rice and vegetables and seasonal fruits. For the requirement of milk, he has buffalo also. Recently He was seen in video operating gobar gas plant to produce gas for the use of farm. He prefers to do organic farming and many times he is seen saying,''i am Jatt. How can i remain away from land''. This is suffice to say about his love for farming.

Must say by keeping himself busy with farming Dharmendra has aged gracefully. But one doesn't age when he is near to the mother and here our Dharam is near Mother Nature. So he will remain young as ever.
God bless you Dharamji.